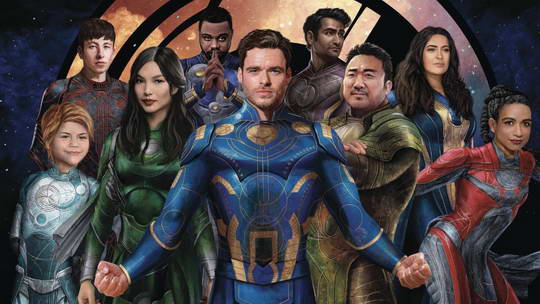 Why? Presumably because of a Gay superhero (although it may be a matter of a homosexual sex… the PG-13-rated one).

Here’s the funniest thing: Hollywood tries to make films «for everyone», but ironically, they did their best when they … made films «not for everyone» … Or rather, «not quite for everyone.» Back when the toxic masculine guys like John McClain, Rambo, John Matrix and the rest of the Toxic Avengers roamed screens with their giant guns (and mops). Back when straight white male Indiana Jones conquered women’s hearts, and Dirty Harry asked the punk if he felt lucky. That right there — was the Hollywood that captured the hearts and minds of the whole world. And now they’re trying to «please everyone», and at best — please only a handful of folks, leaving the rest of us to switch to non-Hollywood (how popular is “Squid Game”?).

As for Russia aka the most «homophobic» country, where officials randomly ban movies? It’s still opening (November 8th). Obviously, the Russian Orthodox Church does not mind — as long as the gays are not the clergy (unlike the latest movie from Paul Verhoeven).

And BTW — I am not interested in the film. The 4th phase of the MCU was disappointing enough so far.

THE 7 RUSSIAN HORROR FILMS YOU PROBABLY NEVER HEARD ABOUT